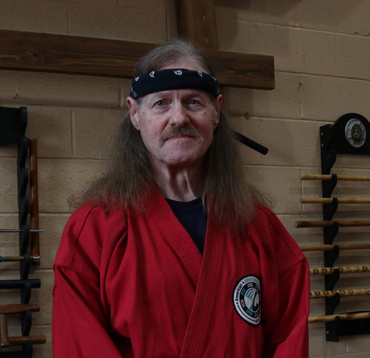 GM Nelson brings to the Saeng Jeon Do Dojo an Old School training ethic with focus on correct breathing, physiologically correct movement, footwork, leverage over strength, and efficiency in resolution of engagement from a perspective of actual close-quarter combat experience.

GM JP Nelson has served in the Regular Army, been a bodyguard, taught SF Personnel, ran a Ladies Self Defense Workshop for years, retired undefeated (1983-92) as a full contact shoot-fighter, operated a fulltime Self-Defense & T’ai Chi Gong studio for over 20 years, developed the Counter-Catch-Carry defensive stratagem, is a published author, has been awarded an MhD in Metaphysics, is a Personal Trainer (specializing in weight reduction, Functional Fitness, Martial Movement), worked in the legal system as
an investigator, and has been featured in the Associated Press for his work in T’ai Chi Gong.

GM Nelson also understands special needs situations where he himself has Tourette Syndrome, Dyslexia, OCD and ADD. GM has also overcome several adversities in the last couple of years, including an accident in 2020, leading to an 18 month battle for recovery after losing his foot that had forced him into retirement.

Today, GM Nelson is walking again and working out 6 days a week. His main focus is keeping his Type 2
diabetes under control, writing/performing music, continued work on a variety of writing projects, and
overseeing cultivation of a new cadre of Self-Defense & T’ai Chi Gong Instructors to carry on his work.